Ad blocker detected: Our website is made possible by displaying online advertisements to our visitors. Please consider supporting us by disabling your ad blocker on our website.

^^Yeah, I’m not surprised either. But in her case, I still don’t think that’s a good enough reason. Living remotely for Kristi is a lifestyle choice, not a necessity. She’s a YouTuber who recently moved out there because she likes the instagram aesthetic of trees. She’s not a generational farmer who is tied to the land and growing crops lol.

Tbh I don’t even think she lives that far out and she’s probably close to a city or a large town. She could suck it up and make the commute (I doubt it would be more than an hour). Or maybe even rent her house out and move back to a city, like she used to live in. She has options.
Top

Oh I agree. I think she made a terrible choice moving there especially when she knew she’d be raising a child there. She has rose colored tinted views when it comes to where she lives and yeah it’s probably the fantasy idea she has of life there. Not only are there people always stealing their stuff but there’s wildlife life bears. And she could barely handled the hardship last time when they were out of lights and running water. The stories complaining were endless although she said she was “fine”.

I just can’t watch anymore. She’s such a damn Eeyore. It’s like she dramatizes everything to the 10th power. I honestly don’t know how Zach can tolerate the mood swings. My manic depressive uncle had far more even moods than RBK.

Also, this will sound weird but every time I see her face I think of that thumbnail where she made a face and was covered in highlighter , exphasizing every pore and cranny? I think that was a Huda tutorial. I never would have had the balls to use that as my thumbnail. I would have deleted it immediately and be mortified.
It’s not that I think people have to be pretty to have a YT but her and Thrift Thick kind of make the vomit rise in my throat. TT looks like a Bovine Betty 30 years older, and looks like she smells like canned meat and stale chips. Whereas RBK doesn’t look like she stinks but she looks like a thumb. And I want to scream the way she pulls at her eyelashes so much. Edit that out FFS!!!
Top

I actually liked her when she made those crazy videos with Huda highlighter, recreating Jaclyn looks, putting on makeup like Instagram stars etc.I loved listening to her stories about animal shelters and selling knives as a teenager.
Now, however, she is unbearable.
I unfollowed her yesterday on Instagram and today on Twitter when I saw her stupid preaching about Ukraine... Fucking bitch, using wars for promotion. I actually live in Eastern Europe and we have so much shit going on, but she has no clue. She parrots what she sees on TV, like she doesn't have Google. Ugly fucking neurotic bitch.
Top 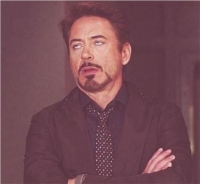 @padelica, my condolences to you and your loved ones, i hope you are safe and well. nothing is worse than seeing and dealing with tragedies first hand while influencers living their comfy, lazy lives babble away like they're personally affected or understand the true realities. it's sickening.


decided to hate watch her newest "day in my life" video, the intro started with an overview, one of which was her walking on a treadmill. thought it was kind of odd she's bragging about loving nature and owning over 20 acres but uses a trea... OH, ITS A SPONSOR. RIGHT. RIGHT. those 30 seconds of the 3 minute ad read showing her using it was probably the most exercise she's done in years. (jump into the future of the video, i bet she was screaming she couldn't have hello fresh sponsor the dinner section, instead they just had microwavable meals lmao)

the funniest part of the whole video is because of the sponsor she had to blur out all the children books and toys hahaha or did she possibly blur them so people couldn't comment on her decisions?

this video was basically just reading her twitter account or watching her stories for a day, but worse because we had to hear every single baby coo with her insufferable baby voice to follow every time. i understand not wanting to show your child's face for privacy reasons, completely understandable, but it's simple, just don't show him at all then. i can't stand personal friends putting emoji's over their kids on a private account, let alone obscure shots of a headless coo'ing body posted publicly online where you clearly want the attention. it's just weird.

had a therapy session, talked about youtube. took madeye to the vet to get enemas, almost sounded exhausted it was something she had to do rather than sympathetic or worried — its curious that she no longer obsesses or shows she's overly affectionate, fixated and emotionally reliant towards her cats anymore. someone said here previously it was obvious her behaviour would be this way with her son because it's how she was with her cats, it's how she describes the way she was with zack when they were dating. she just swaps to the next thing. it's scary.

she showed off the property, explained some of the progress and what's to come, etc. personally i used to really enjoy the "suite life of zack and kristi" channel, it was fun watching and learning along all the gardening, remodelling, yard work, etc. it's a shame it's all unwatchable now. her family has the potential to be endearing to watch but her hyper fixations and "know it all" attitude make it so unbearable. at the end of the video she shares some mini watercolor paintings she's done recently. "uhhh hello?" as you say, krusti. have you thought to maybe share that instead? things people can actually stand to see? none of this "i want to eat food and talk drama!" ...no, please do not do that, no one deserves to see or hear that. nobody could even hate watch that, let alone fan watch that.

her son is 14.5 months old, she's still breastfeeding, surprised she's still not posting photos / stories of that everywhere. whoops, spoke to soon, she had to share not one but TWO blurred video sections of it. check another one off the krusti bingo card, folks!

and last but not least, to extra save all of you curious cats the view, here's the highlight of the video. enjoy the nightmares

The plastic and metal in the lipsticks are from old Botox needles, it's 100% safe.
Top

I don't get her approach to sharing content about her kid either. I've made the choice to not share any pictures of my daughter on social media, but it seems like she wants the benefit of shouting into the void how difficult her life is, while also insisting on privacy. To me the whole point of keeping your child off social media is so that all these personal things aren't shared for the whole world to see. Not showing his face is pointless if you're still showing him latched to your boob... imagine how embarrassing that must be for him when he gets older. And personally, I'm very pro-breastfeeding, I think lactating mothers should BF for as long as they want to or are able if their body allows them to do so, it only benefits the child, but to me it's a very intimate thing that doesn't need to be shared publicly. And I don't mean hiding nursing in public because you need to feed your child, but posting pictures on social media is attention seeking in an unnecessary and cringy way.
Top

I saw the latest video thumbnail and straight up unsubscribed. She's definitely making the "lifestyle" switch. I wish her suite life channel was that instead of changing her current channel. Do people change? Totally. But... I don't want to watch her eat and talk about babies...ever again...
Top

Secondfavorite wrote: ↑
Tue Mar 01, 2022 12:20 pm
I saw the latest video thumbnail and straight up unsubscribed. She's definitely making the "lifestyle" switch. I wish her suite life channel was that instead of changing her current channel. Do people change? Totally. But... I don't want to watch her eat and talk about babies...ever again...

Totally. Adding to what you said, sure people change and I get that, but I also think youtubers have an obligation to stay somewhat on-brand… like it’s kind of a slap in the face to their audience (who got them to where they are!) to be like “screw you, I’m going to film what I want!”

Plus I don’t even think it’s appropriate for her to be talking about and showing her child on the internet. There’s no privacy or consent there. She thinks she’s being a woke and respectful parent by avoiding showing the baby’s face and doing shots from the neck down, but she’s still exploiting him for content. Not cool. (I feel this way about all family vloggers btw, not just Kristi).
Top
Locked
928 posts